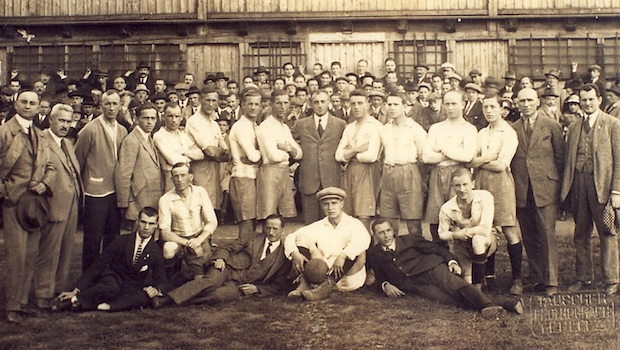 "Liga Terezin" tells about the Jewish prisoners that played hundreds of soccer matches on improvised fields set up in the court-yards of the Barracks where they lived. Thousands of spectators watched a mixture of professional and amateur players and briefly escaped the reality of their terrible plight: the hunger, the sickness and death. All the while they lived in a shroud of fear casted by the terror of the transports that sent people to the "East" and  their certain death.