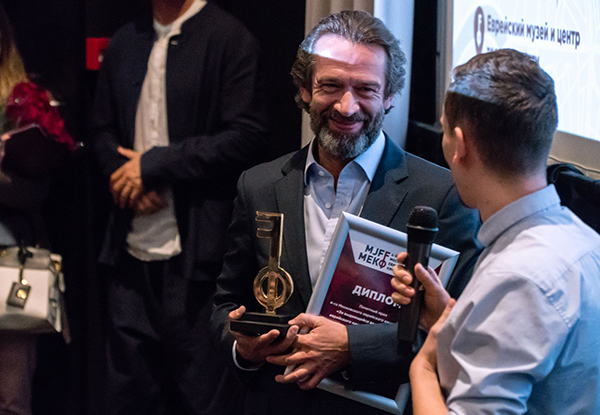 Vladimir Mashkov received the Honorary Award «For outstanding contribution to the development of Jewish films in Russia».

Vladimir Mashkov received the Honorary Award of the 4th Moscow Jewish Film Festival «For outstanding contribution to the development of Jewish films in Russia» for his film «Papa». The award was presented to Mashkov by Boruch Gorin, the head of the Public Relations Department of the Federation of Jewish Communities of Russia, on May 28 at the Documentary film center.

Vladimir Mashkov about his film :

This is perhaps the most important story of my life, one that has made me into who I am: something more than just an actor with some technical skills who was taught to play one part. It was a massive life journey that has stayed with me forever. That job completely rephrased me as a person when I was twenty three, it opened up a long road of self-discovery.

The awards ceremony was followed by the special screening of «Papa».