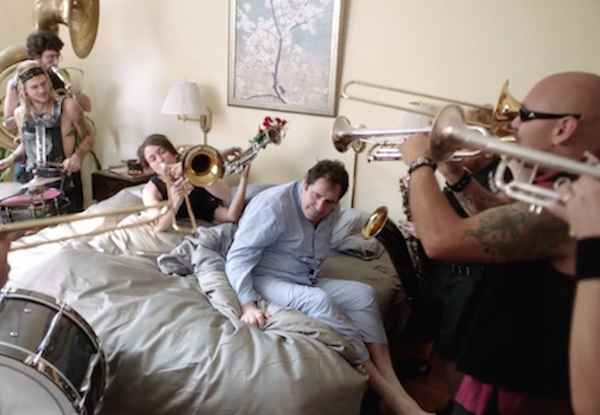 «Bacon and God’s Wrath» directed by Sol Friedman follows an elderly Jewish woman as she tries bacon, which is forbidden by religion, for the first time (this is one of two Friedman’s works that are to be shown at the Festival; the other one, «Day 40», is a retelling of the Noah’s Ark story, and is also presented within “A short story” category); «The Divorce» from David Scheinmann and Danny Scheinmann tells about an unorthodox advice from the Rabbi to a divorcing couple; «What’s in a name» by Daniel Robin is about reclaiming the once changed family name.

The other films in the category are «7 Day Gig» by Kate Marks, «A Good Joke» by Nick Fox-Gieg, «What Cheer?» by Michael Slavens, and «Incognito» by Jeremiah Quinn. All eight films, with duration from 3 to 17 minutes each  (all of them being a short statement or a question about the Jewish World, long gone, present, or yet to be) will be shown together at Karo Oktyabr venue.