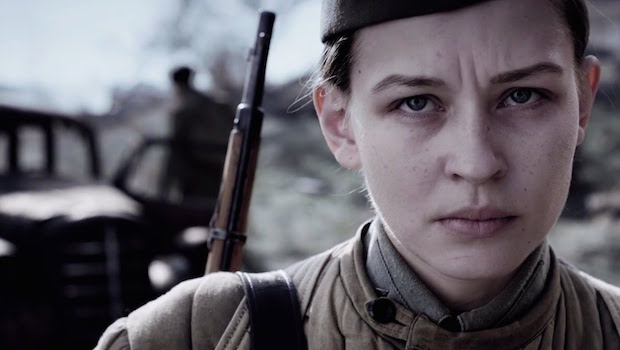 After the German invasion of the USSR, university student Lyudmila Pavlichenko becomes a fighter in the 25th Rifle Division. She fights in the Battle of Odessa and, eventually, the defense of Sevastopol. After 309 confirmed kills, she is sent to the United States to campaign for American support, and meets Eleanor Roosevelt (Joan Blackham).