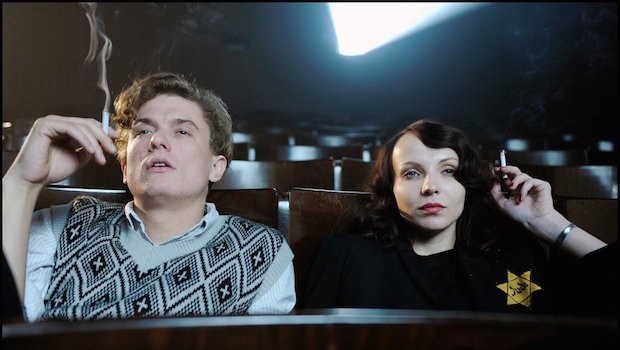 It is 1938 and the Nazis are just one step away from invading and occupying Czechoslovakia. Hana is a young Czech film actress who also happens to be Jewish. She has just appeared in her first feature with her leading man, an older Jewish actor, who warns her that her career is over and that their picture will never see the light of day since the Nazis will never allow its release. He hands her a forged passport and papers to get out of the country but she throws them in the trash, not believing what he says about the imminent German invasion one bit.