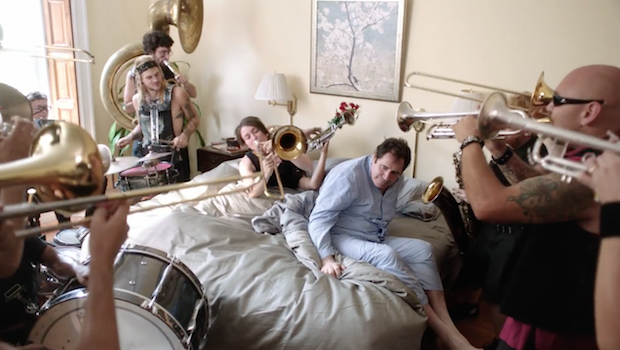 After the sudden passing of his wife, Stan (Richard Kind) finds himself in a state of shock. He tries to ignore his pain but finds himself followed by inescapable grief, or rather, followed by the inescapable What Cheer? Brigade, a 20-piece brass and percussion band drowning out his world with boisterous, ear-numbing song.