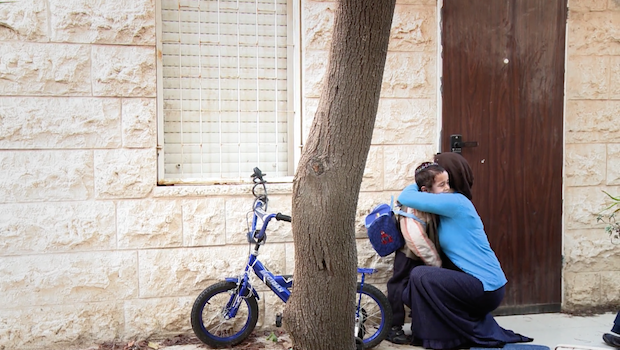 At 26 Yigal Amir assassinated prime minister Yitzhak Rabin, Israel's great hope for peace with Palestine. He was condemned to rot in prison for the rest of his days. Enter Larisa Tremblova, a Russian academic who had settled in Israel with her children and who was moved to pity for the young murderer. This poetic documentary follows the love affair that developed between mother and murderer and which attracted the collective ire of the Israeli people.