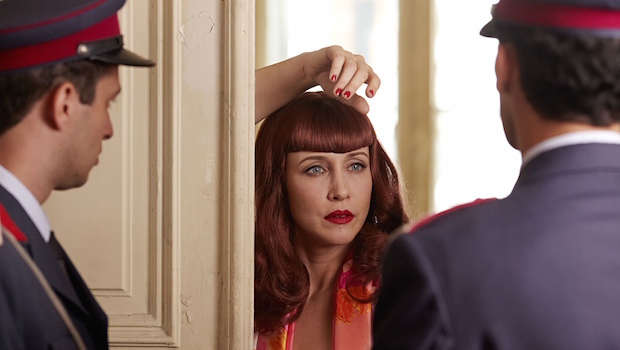 Post-war Communist Romania: In 1959 Bucharest, members of Romania's high society Max Rosenthal (Mark Strong), Alice Bercovich (Vera Farmiga), Dumi Dorneanu (Tim Plester), Răzvan Orodel (Joe Armstrong) and Iorgu Ristea (Christian McKay), known collectively as Ioanid Gang, announce to a crowd that they are shooting a film. A young café worker, Virgil (Harry Lloyd), is among the witnesses. Under the guise of making this film, the Ioanid Gang perform a heist of the National Bank of Romania. The following day, Virgil loiters around a film set and encounters the director, Flaviu (Allan Corduner), who requests him to buy vodka and give it to him whenever he asks.