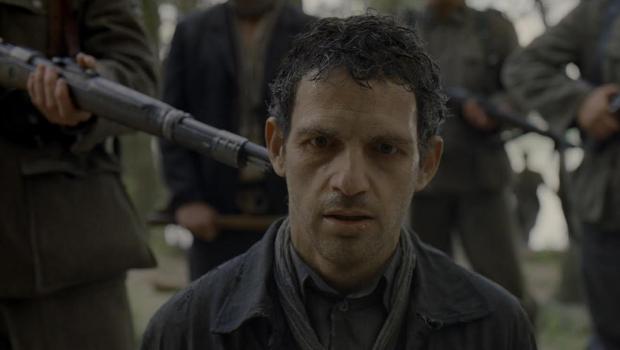 In October 1944, Saul Ausländer (Géza Röhrig), a Hungarian-Jewish prisoner in the German Nazi concentration and extermination camp Auschwitz, works as a Sonderkommando member, burning the dead. One day, he finds the body of a boy he takes for his son. The boy's corpse is then designated for an autopsy, since he was still breathing after supposedly having been exterminated in one of the camp's gas chambers. Saul is then instructed to take the boy to the prison doctor, Miklós (Sándor Zsótér). He is able to convince Miklos not to perform the autopsy. Saul then decides to bury his alleged son's body and tries to find a rabbi who could give him a proper Jewish burial.