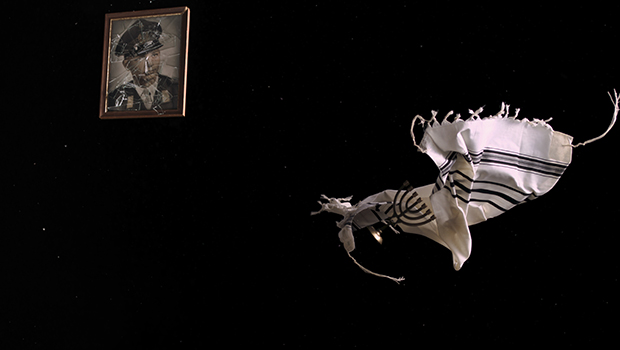 Private belongings are material testimonies of personal histories, which evoke feelings, thoughts, and ideas connected to past experiences. In the context of war and survival, such objects become both comforting and hurtful signifiers of a world that has been lost, or is no longer accessible. In many cases, they are kept and cherished, even achieving a certain degree of sanctity, while also operating as a continuous reminder of the devastating past. Yael Bartana’s video Tashlikh (Cast Off)serves as a platform for both perpetrators and survivors of genocides or ethnic persecutions to confront their personal, material links to the horrors. Inspired by the Jewish custom of ‘Tashlikh,’ in which sins are cast into the depths of the sea, Bartana’s work generates a ritual that consists of the deliberate discarding of objects as a means of psychological liberation.