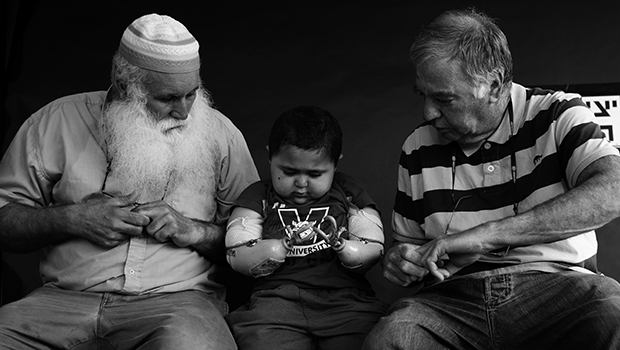 For the past seven years Muhi, a brave and spirited boy from Gaza has been living in an Israeli hospital, the only home he has ever known. Caught between two homes and two peoples, Muhi is unable to return to Gaza. He is saved and raised by those considered enemy by his people, in paradoxical circumstances that transcend identity, religion and the conflict that divides his world. His time at the hospital is running out and Muhi now faces the most critical choices of his life.