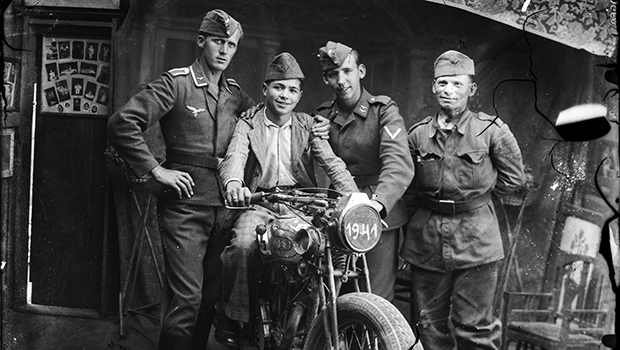 "The Dead Nation" is a documentary-essay, which shows a stunning collection of photographs from a Romanian small town in the 1930's and 1940's. The soundtrack, composed mostly from excerpts taken from the diary of a Jewish doctor from the same era, shows us what the photographs do not: the rising of the anti-Semitism and eventually a harrowing depiction of the Romanian Holocaust, a topic which is not very talked about in the contemporary Romanian society.