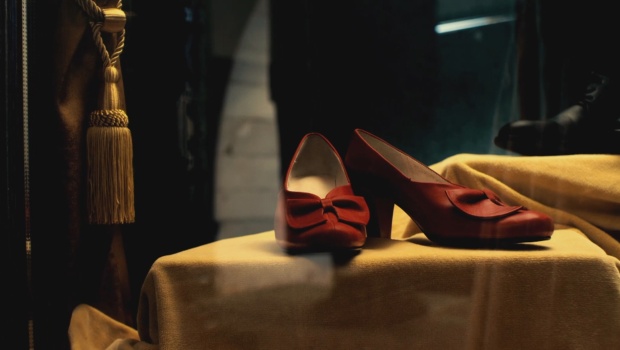 The film unfolds during 30-40-s of last century and follows a story of a pair of women's shoes – from a store's window to the common grave at the Auschwitz concentration camp. There are no dialogues in the film and no faces are shown. The filming took place in Russia, Belarus, the Czech Republic, Poland and France. More than 600 international experts participated in the production.