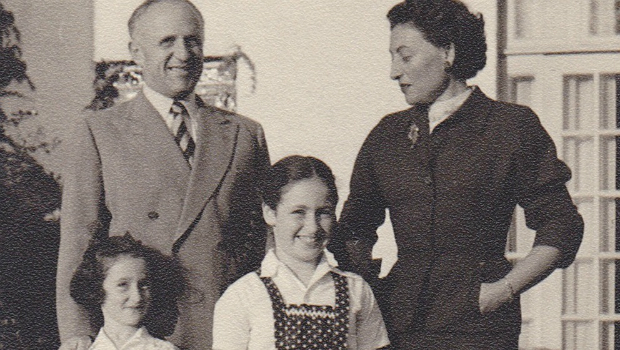 This intimate family story is told through 8mm and 16mm home movies, found during a recent house move after being stored in a wardrobe for over 50 years. Through the voice of one of the children featured, film-maker Caroline Pick, now over 60 years old, the film shows an idyllic picture of middle class life from Czechoslovakia in the 1930s to Cardiff in the 1950s. But gradually the footage hints at something unspoken: snatches of tales of those left behind, of silence about the past, of absences unexplained, of non-existent family members. The intriguing juxtaposition of happy images and an increasingly uneasy undercurrent lead to a moving conclusion. This film is a story of immigration, of dislocation, of incorrect identities and of secrets. 18 close family members dead... and never mentioned.