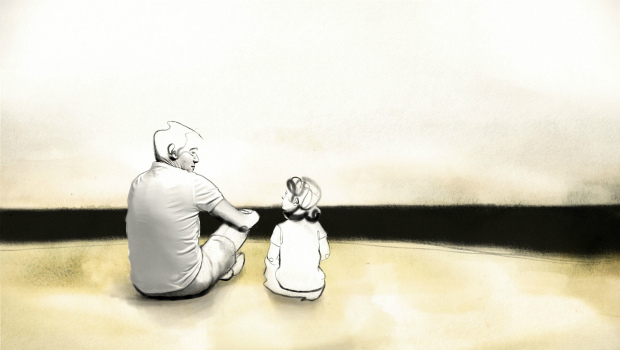 A man recalls a moment of a lost opportunity to communicate with his daughter. Their brief meeting years later undermines his world and renders his words meaningless.