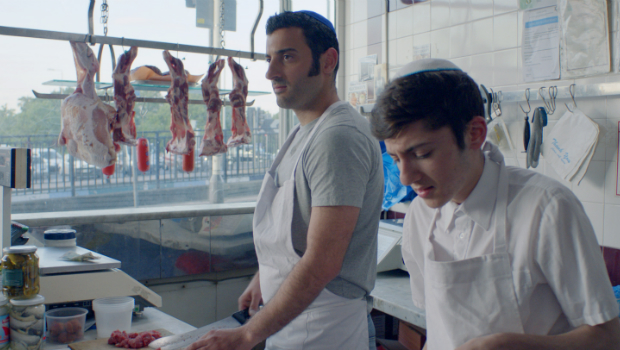 "The Chop" tells the story of Yossi, a charismatic kosher butcher who finds himself in a moment of crisis upon losing his job. After ringing round numerous other kosher butchers to no avail, he takes the unusual decision to work in a halal butcher. However to do so, he must use all his guile and charisma to hide his true identity. It is a story that aims to explore the relationship between Jewish and Muslim culture in modern London life, incorporating 'fish out of water' humour with moments of laughoutloud slapstick.