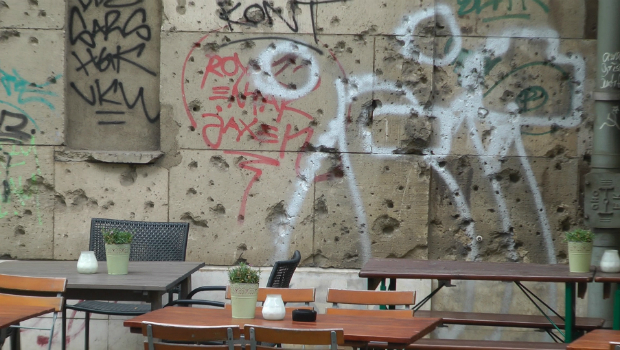 The bullet holes of war are omnipresent. Especially now, when Germany become a magnet for war refugees, it is important to remind of these scars. The dumb stones are suddenly loud and burst into an apparently peaceful daily life in Berlin, late summer of the year 2015. Still existing Second World War scares in the streets of Berlin were filmed. Then the bullet holes were digitally repaired and prefixed to the video. An adjusted war sound of explosions and machine guns let the scene become realistic. Now the astonished looks of tourists and pedestrians have the dimension of a short flashback. History and presence happened simultaneously.